We are at the International Network Conference Virtual-Sunbelt 2020

This year ANR-Lab held two organized sessions at the 40th Sunbelt Conference, which took place on July 13-17. For the first time in its history, the conference was held online due to the coronavirus pandemic. 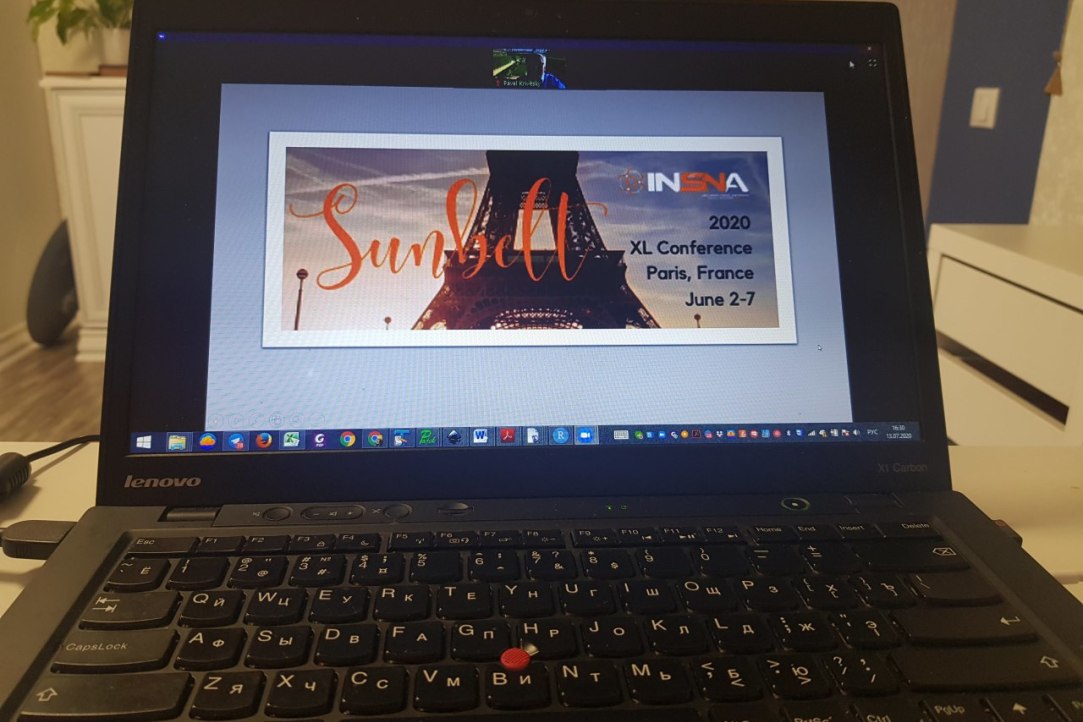 International Conference on Social Network Analysis Sunbelt is the official annual conference of the International Network for Social Network Analysis (INSNA). INSNA currently has over a thousand permanent members and a large number of attendees present their work annually at Sunbelt conferences. 2020 is a special year for social network analysts: the 40th anniversary of the Sunbelt Conference. The conference was supposed to be held in Paris, however, due to the coronavirus pandemic, the anniversary Sunbelt was held online.

During the last few decades, the interest in policy processes generated the number of formal theoretical explanation. Among them are the Advocacy coalition framework (Sabatier, Hank Jenkins-Smith 1993), Punctuated equilibrium theory (Frank R. Baumgartner and Bryan D. Jones 1993), Multiple streams approach (Kingdon 1984), Policy styles theories (Richardson et al. 1982), Policy design & Policy capacity framework (Howlett et. Al 2018), Pragmatic approach to public policy (Zittoun 2014), and some others. Each of them makes its own unique contributions explaining the multidimensional and complex nature of public policy and policy change; attempt to grasp the multiactor nature of policy-making.  We welcome papers that use SNA to test a particular policy that models the complexity of policy-making as a conjunction of variety of actors and factors external to the policy actors’ activity. The papers can use a variety of SNA techniques: policy networks visualizations, calculation of centrality measures, building social influence, and social selection models, ERGM models, longitudinal network analysis, multimode and multilevel networks. The special concern of this panel is to test, challenge, verify, and validate the current and developing theories of policy process.

Ten laboratory members and students and alumni of the MASNA master's programme took part in various sessions of the conference. The following reports were presented:

The conference program is available here.