ANR-Lab at the International Conference on Network Analysis – Sunbelt 2018 in Utrecht, Netherlands.

16 employees of the laboratory and students of the master's program "Applied Statistics with Social Network Analysis" presented the results of their research at the main international conference among network researchers - XXXVIII Sunbelt Conference. The conference was held from June 26 to July 1 in Utrecht, the Netherlands. 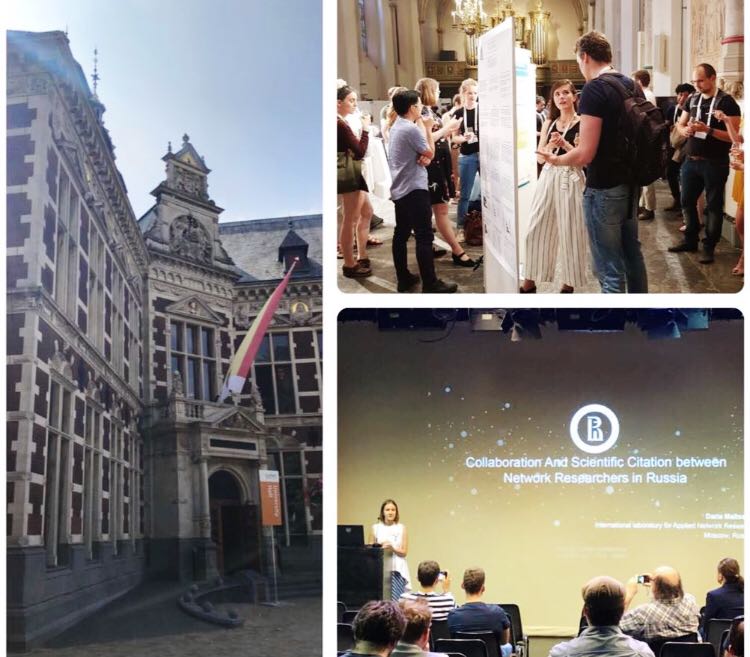 The International Laboratory of Applied Network Research has its own section dedicated to the development of network research in Russia at the annual Sunbelt conferences since 2015. This year the laboratory staff opened the doors to a wider range of researchers and organized a section "Scientific networks" dedicated to networks of co-authorship, co-citation and other forms of scientific cooperation. Researchers from different countries took part in the section. Heads of the section were: the head of ANR-Lab Valentina Kuskova together with our new academic supervisor Anushka Ferligoi and Vladimir Batagelj (University of Ljubljana, Slovenia).


In addition to the section "Scientific networks", the laboratory staff and students took part at the sections "Social networks and political participation", "Online social networks", "Networks, collective action, and social movements", and also on the Poster session.

After the conference, ANR-Lab members took part in an informal meeting with a team of researchers from the University of Ljubljana, during which they told each other about their scientific interests, shared ideas and agreed on further cooperation.